We like our Senior Center fitness class as much for the interesting conversation as for exercise. Tony, in particular, can be counted on for a great story. As a newlywed in North Dakota, he’d worked as a produce manager in a grocery store. When he and Bonnie moved to Everett, Washington, he interviewed for a job with the old Penney’s store. “If you can successfully sell one thing, you can sell anything,” he told the manager. He got the job and soon he was in charge of the men’s and children’s clothing departments.

Tony loved selling suits. On slow days, he would stand on the sidewalk in front of the store and observe the men walking by. When he spied a likely customer, he’d strike up a conversation:

“Say, got a minute? I have a suit in here that would look wonderful on you. Come on in and take a look.” Before he knew it, the stranger would be standing in front of the mirror in the suit, while Tony mentioned what a perfect color it was for his complexion and busied himself with pins, taking a little in at the sides and shortening the cuffs a bit. “There, now, isn’t that perfect for you?”

The customer would cock his head, admire himself, agree, and before he knew what had hit him, he’d be walking out of the store humming a happy tune, with a new suit under his arm.

Tony’s story reminded someone else about the traveling salesmen who, when we were young, made regular circuits through our neighborhoods, and soon we were off on another topic. Our family lived far from the big city, but still, the Watkins man and the Fuller brush salesman found us. My mom would buy vanilla flavoring or pepper, liniment or special salve from the Watkins man. The Fuller brush man brought us cleaning tools and hairbrushes.

Then there were the salesmen who might pass through only once; persuasive sellers who found a ready audience in the five kids who listened to their spiels.

We all loved to read. When a college student came through selling a fat book called “The Lincoln Library,” and leafed through the thin pages, showing us articles on every imaginable topic, even our parents thought this would be a good substitute for the encyclopedia set we couldn’t afford. And at first we were thrilled, pouring over the articles. But after a while, the tiny print, difficult to read under our kerosene lamps, made it discouraging to use for anything but pressing flowers.

Sometime in the early fifties, another salesman stopped to demonstrate a marvelously easy-to-play instrument he called a “Hawaiian Tremelo.” It looked something like a zither, with strings of varying lengths on one side you chorded with a pick. With the other hand you slid a rolling bar on a mechanical arm up and down a melody string, plucking the notes of a song. It made a whiny, wobbling sound that reminded us of the then-popular music of Hawaii. We clamored to have our own “Hawaiian Tremolo,” and persuaded our parents that we would faithfully practice if they would put out the at-the-time huge price of $30. We did practice...for a while. I, at least, learned to play it. But it didn’t take long to get tired of the tremolo sound, and it, too, went on the shelf.

But the traveling salesman’s item I remember most was the fur coat my father bought my mom. We children were very young then and my parents struggled to make ends meet on Dad’s logger’s earnings. Mom sacrificed a lot to keep us fed and clothed, and I think Dad felt she deserved something nice for herself. The pelts, probably squirrel skins, were glossy variations of brown. The three-quarter length coat itself hung straight from big, 1940s shoulders...not a pretty style, but my mom faithfully wore it on every excursion to town or for every special occasion for two decades. Eventually she cut it up and made a sofa cushion out of the good parts.

Today we can shop at the mall or online. Our choices are limitless. But there was something special about having the store come to us in the person of an old-time traveling salesman. 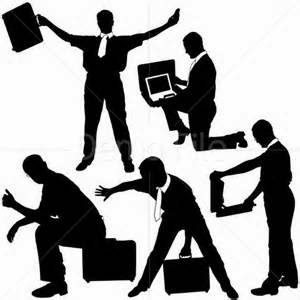