Tulip Time in the Skagit Valley 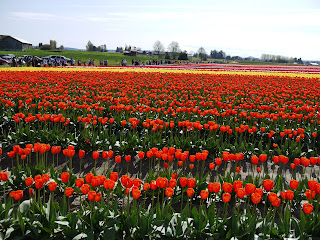 You know that spring has arrived in Washington’s Skagit Valley when blossoms open in the tulip fields. The blooms were late again this year, but judging from the hordes of people oohing and aahing from the sidelines this weekend, the spectacle was well worth the wait. 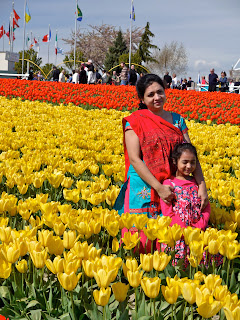 Rows of bright tulips stretched across rolling fields, striping a living quilt in rainbows. Another rainbow of nationalities mixed together in the crowds that moved along the edges of the fields. People from all corners of the earth, all ages from infant to ancient, called to each other in a kaleidoscope of languages. Because children are admitted free, at least at the farm we visited, there were many families: Asian, Hispanic, East Indian, American Indian, girls and women in bright saris or the native dress of Bangladesh. We saw every shade of skin color, black to brown to cream-in-your-coffee tan; blue-eyed blondes, redheads, some with hair as black as crow’s wings. But on every face was the same happy smile. 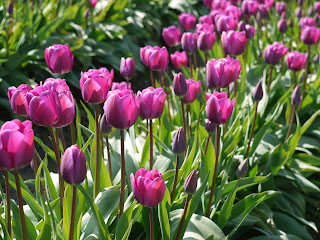 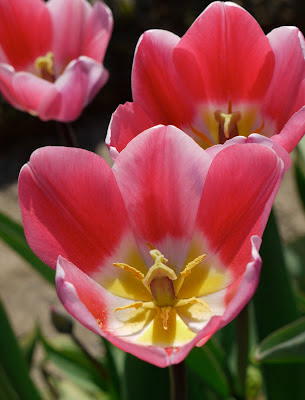 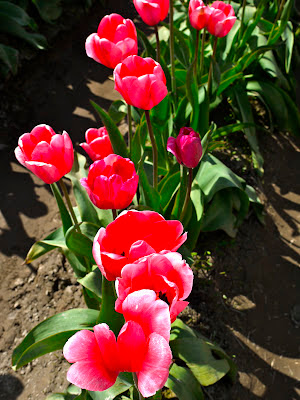 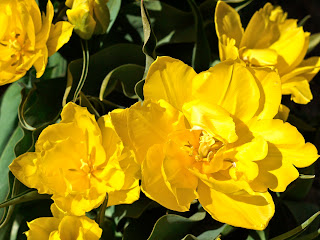 
Cousin Jackie, our family genealogist, recently sent a document that rocked me back on my heels. It was a copy of a 1942 registration card for my then 63-year-old grandfather, Thomas Manford Rawlins. It brought back memories of poorly-understood events and conversations from that time in my life.

In the spring of 1942, I had been in my 1st grade classroom when the mailman brought my father an envelope from the U.S. Selective Service. It was an official summons from the draft board to serve in the United States army. My younger sister, still at home, remembers our mother weeping in despair. Our parents had five small children to support, the youngest only a few months old. How would Mom manage by herself if her husband had to go to war?

Fortunately for all of us, Dad found work as a logger about that time and received an “essential worker” deferment. But Grandpa? His shaky signature on the card indicates that he was already sick and unable to work. Was America so desperate for fighting men that they actually drafted senior citizens?

Not really. This was the fourth of a total of seven draft registrations initiated by the Selective Service during World War II. Known unofficially as the “Old Man’s Draft,” it was meant to provide the government with a pool of men aged 45-65 who could help out on the home front by taking the place of young men who’d been drafted to fight.

On April 27 1942, the official registration day for the Fourth Draft, long lines formed outside local draft board offices around the country . Many men waiting to register voiced their regrets that they were too old to fight. Feeling that this was one way they could serve their country, they registered willingly.

I don’t know how Grandpa felt about it. And I don’t know if any of the men who registered for the “Old Men’s Draft” were actually called to serve. But it was a measure of our country’s spirit that everyone, young and old, felt a sense of being in the war effort together, whether we fought, collected scrap metal, planted victory gardens, or saved for war bonds.

Some were drafted. Many volunteered. But almost everyone had a part in winning the war, including America’s “old men.”


Guest blogger Diana Savage shares Easter insights with Sun Breaks readers today. To read more of her humorous, unique perspectives on life and living, go to her website at www.woundedchristians.com

“In his great mercy he has given us new birth into a living hope through the resurrection of Jesus Christ from the dead” (1 Peter 1:3 NIV).

Although he knew he had little chance of success, Ross tried to get his young children to have some dinner after they’d already consumed a basketful of candy eggs and chocolate bunnies.

“They’re not going to eat,” the children’s grandmother told him. “It’s Easter Sunday. What do you expect, a miracle?”

One of the joys of the Christian life is experiencing divine miracles. God’s amazing power was never more evident than when Jesus rose from the dead. Today we celebrate that marvelous event.

Let’s get one thing straight. Christ’s crucified body was as dead as the tomb it lay in. Jesus wasn’t in a coma or faking death or any other wild rationalization some people use to deny the truth. Plenty of credible eyewitnesses confirmed the fact that his heart had stopped beating before he was wrapped in grave clothes and buried. As the apostle Peter declared some six weeks later, “God has raised this Jesus to life, and we are all witnesses of it” (Acts 2:32).

Divine miracles have continued since then—in the form of supernatural healing, protection, provision, and deliverance—in answer to Christians’ faith-filled prayers. However, not every prayer is answered by a miracle. Sometimes God accompanies us through our trials instead of delivering us out of them. Unfortunately, feeling as if God is ignoring our pleas can lead to doubting that God loves us as much as Scripture claims.

That’s understandable. And platitudes offered by well-meaning people—we have sin in our lives, we don’t have enough faith, or God sent the trial to straighten us out—often hurt more than they help. I know people who simply give up asking God for anything. Some even leave the Christian faith altogether.

After my son died on his first birthday, I stopped praying for awhile. Wounded spiritually and emotionally, I wondered what the point was in asking God for anything when he’d denied the request that mattered to me the most. I would have given everything I owned in exchange for my son’s life. Evidently that wasn’t enough, I thought.

Although I couldn’t pray in the traditional sense, I did beg God not to send along any further trial that would completely wipe out my remaining fragment of fragile faith. He answered. For a long time I was left undisturbed in an emotional fetal position. When I eventually gathered enough courage to formulate a request for something small, the reply came swiftly. I ventured another tiny request. The answer arrived before I’d even finished praying. Thus began my long road to spiritual recovery. As I reestablished my prayer life, I rediscovered the truth that in order to receive, we must ask (see James 4:2).

My recovery was not due to my own strength. True power for victorious living comes from the Holy Spirit who dwells within us. The apostle Paul talked about that power when he said:

And if the Spirit of him who raised Jesus from the dead is living in you, he who raised Christ from the dead will also give life to your mortal bodies because of his Spirit who lives in you.
Romans 8:11

I can only imagine the surge of power that rejuvenated Christ’s corpse in that stone-cold tomb on Easter morning. Talk about a miracle! And yet Scripture declares that when God transformed us into new creations in Christ, the same Holy Spirit who brought Jesus back from the dead also took up residence in each one of us, imparting his vibrant, pulsating life to our mortal bodies.

I’m not claiming weird powers or that our physical bodies will never die. I don’t fully understand how it all works. But I have seen enough miracles in my own life and in the lives of people around me to be convinced of the truth of Romans 8:11.

So today, as we celebrate Christ’s miraculous, glorious resurrection, let’s remember that we can anticipate miracles year round—even on days that seem more ridiculous than sublime—because of the mighty one who lives within us.

Thank you, Lord, that when we trust in you as Savior, you bless our lives with the power of the resurrection. Help us to believe you for the miraculous all year long.