I was thinking of a story my Aunt Alma told her country-school third and fourth graders back in the 1960s as I picked up the morning paper. My eyes fell on an announcement: the Navy had just promoted a sailor to deputy commander of U.S Fleet Forces in Norfolk, Virginia. The sailor is the first black woman to earn a three-star rank in the armed forces.

Vice Admiral Michelle Janine Howard has a record of setting milestones. She was the first black woman to command a Navy warship, and the first to command an expeditionary strike group at sea. She is the first female graduate of the Naval Academy to achieve the rank of rear admiral.

How far we have come from the pre-civil war days and Aunt Alma’s tale of her great-grandmother Mary Pyle Redfield, who was born in Kentucky in 1819 and then moved to Illinois with her parents.

Slavery was a hotly-debated issue in Illinois at that time. Some of the wealthier people in the state owned slaves. Other people were strongly against slavery and fought for abolition.

One day little Mary was allowed to go play with another little neighbor girl. That child’s family owned slaves. One of them, a young woman, had a baby. Her mistress thought she spent entirely too much time with the child. The neighbor woman saw how fascinated Mary was with the tiny black baby, the first she had ever seen, so she gave her the baby. She explained to Mary how she could play with her while she was small and when she grew up, she could do all her work.

Mary hurried home with her wonderful present, as happy as any child who carries home a darling puppy or kitten.

Great-great-grandmother wasn’t happy at all. She happened to be one of those who felt slavery was a wicked and selfish thing. Back went the baby, the playmate and the future slave. Mary was a sadder but wiser little girl. 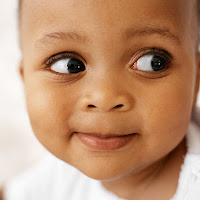